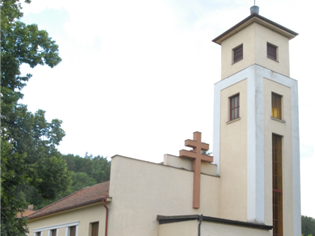 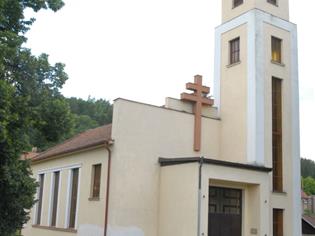 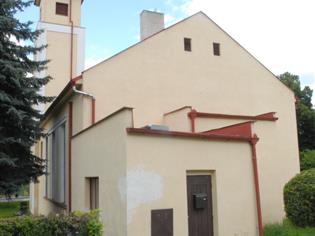 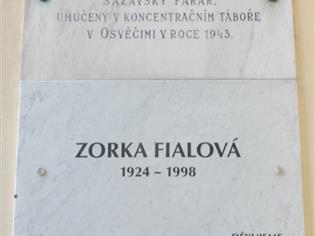 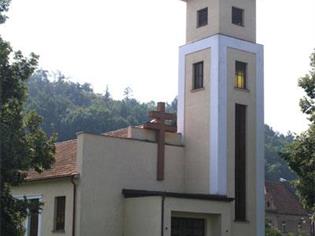 Czechoslovak Hussite Church started building third Sázava church in the gauge against the bridge on the left bank of the river under the leadership of parson Jaroslav Bendl. It was causing a sort of displeasure by the Roman-Catholic believers. The building was managed to be finished in July 1941. The church was consecrated to Abbot Prokop. Parson Jaroslav Bendl was arrested due to information lodged against him for his preaching during the St.Prokop fair in 1942, dying one year later in the Březinka concentration camp. The gauge next to the church was filled up in 1967 and adjusted to a small park.